Points of law:
What Officer Christensen did was
not excessive force
not unprovoked
not unjustified
not unreasonable


The Plaintiff claims that the 3D gun (which was made to look like a real gun) was not a threat to anyone.   However,  people have threatened others with fake guns.  When a person sees something that looks like a gun and does not know that it is non-functional, that person could reasonably feel threatened, especially when the gun is somewhere it should not be.


There were other causes that led Savea Tuvale to leave Emigration.  He had been bullied and the bullying had gotten much worse, much more threatening.


Savea Tuvale is over the age of 16 and did pose a threat according to the information that Officer Christensen had.

must show "a continuing, persistent, and widespread practice of unconstitutional misconduct by the entity’s employees;"  pg. 80  --  2 of 2 in BestLaw

Also
To prove actual causation, the plaintiff must show that “but for” the defendant’s actions, the alleged injury would not have occurred.
Plaintiff claims that part of the injury to Savea is his loss of educational opportunities avaiable in Emigration --  He didn't acutally decide to leave until after the increased bullying incidents.
[It was not Officer Christensen's actions that caused the bullying to increase -- it was Savea's choice to bring a gun to school.-- added to a bias already present in parts of the community against so-called "outsiders."  Neither of those things were caused or contributed to by the Emigration Police Department.]


This is the link to the bailiff workshop:
https://zoom.us/recording/share/5p8BjrLrx5QavCiSLyytLpjEZspLPf_5_Jf7sXtEjMOwIumekTziMw
You could watch it anytime. 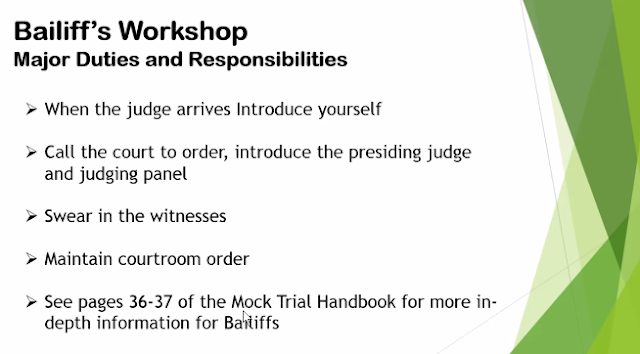 You  (both bailiffs) will meet before the trial in a side room with the judges.

Ask the presiding judge how he or she wants the witnesses sworn in -- three at once or individually?

The bailiff for the Plaintiff will call the court to order.
Introduce the judge  page. 36 example of what you can say to introduce the panel and presiding judge. Speak up so your voice carries throughout the courtroom.

Then the judge will ask the plaintiff bailiff to call the case.   Pages 36 and 37
Sometimes a break between plaintiff and defense –
Defense bailiff takes over and calls the court into session  -- The defense bailiff will take over the second half of the trial 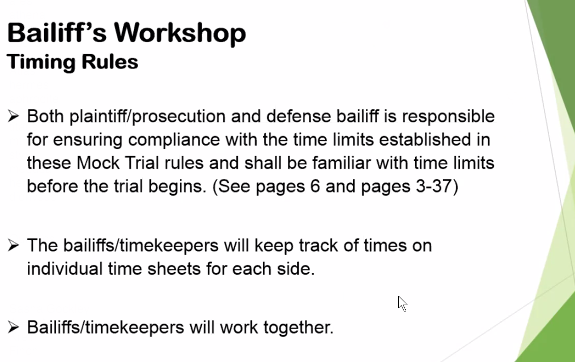 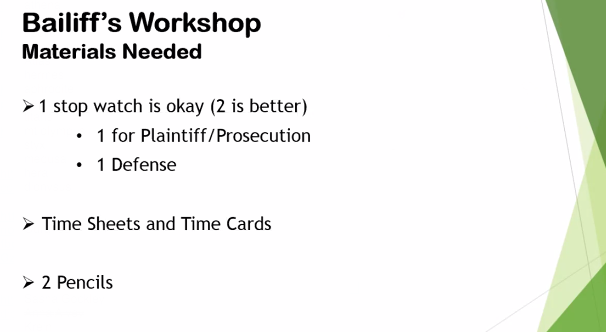 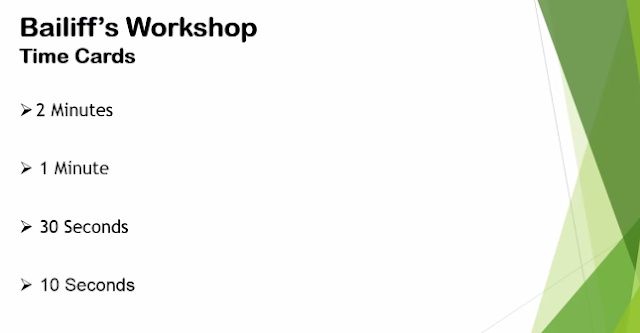 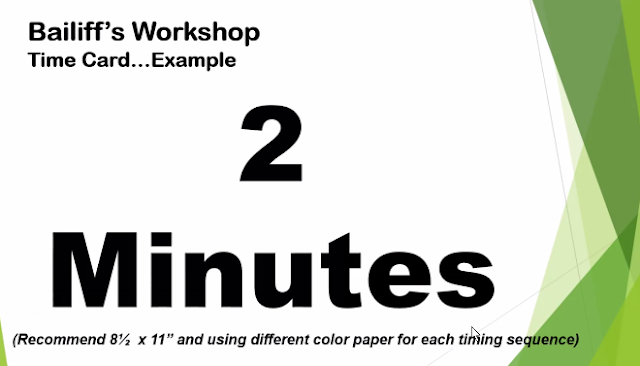 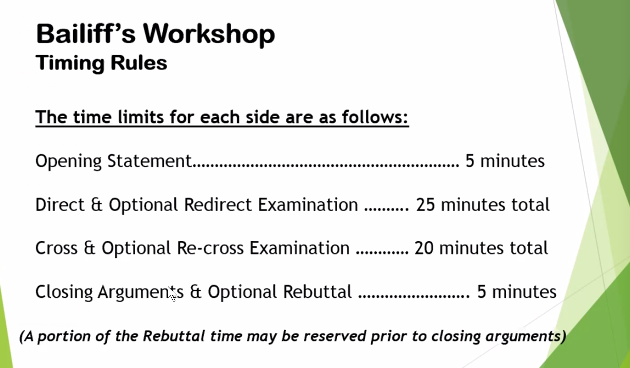 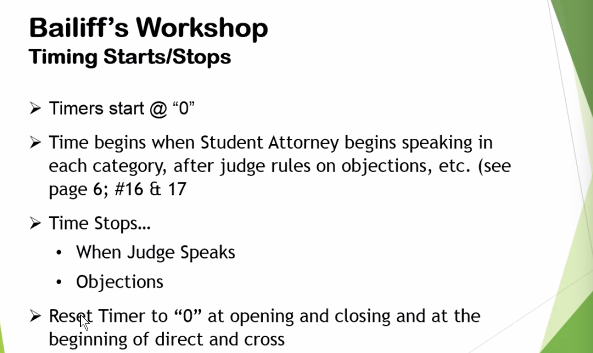 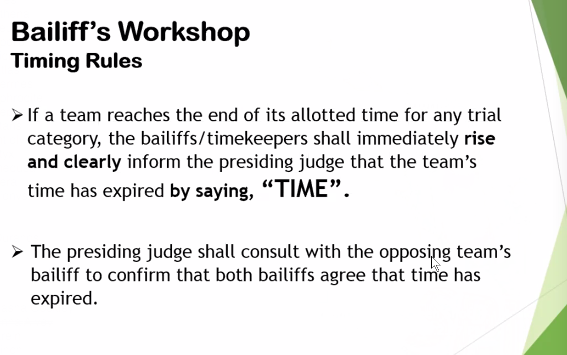 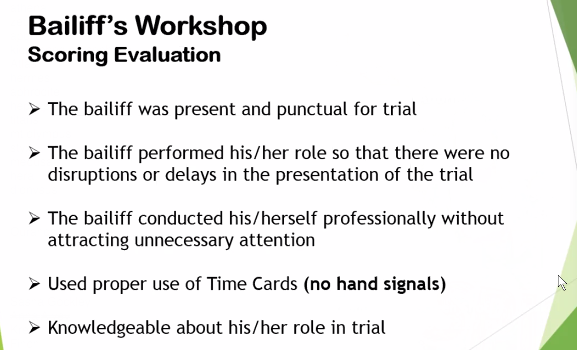 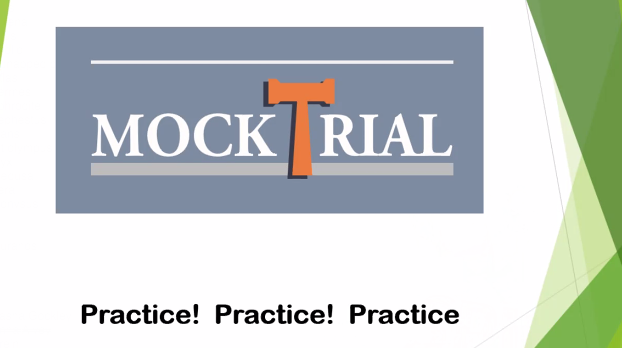 Welcome to our Mock Trial Blog.

Welcome. If you'd like to find out more about Mock Trial, contact Ms. Dorsey.
You can learn more about the state-wide program in which we participate by going to
http://lawrelatededucation.org/programs/mock-trials